From the end of the Sixties to the mid-Seventies the chemical company Bayer rented a pleasure boat during every Cologne furniture fair and had it transformed into a temporary showroom by a well-known contemporary designer. The main aim was to promote various synthetics products in connection with home furnishings. Verner Panton was commissioned no less than twice to design this exhibition, entitled 'Visiona'. The 1970 'Visona II' exhibition showed the Fantasy Landscape which was created in this environment. The resulting room installation consisting of vibrant colours and organic forms is one of the principal highlights of Panton's work. In terms of design history this installation is regarded as one of the major spatial designs of the second half of the twentieth century.

The creative fireworks which Panton lit with his studio within a preparation time of only a few months for 'Visiona II' is expressed not only in the highly diversified room designs in the exhibition ship, but also in the wide range of furniture, lighting, wall coverings and textiles developed specially for this presentation. Some of these were adapted and went into series production later. 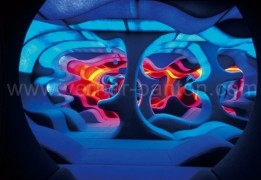 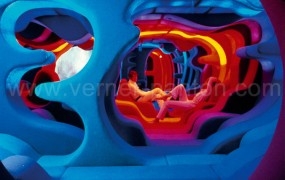 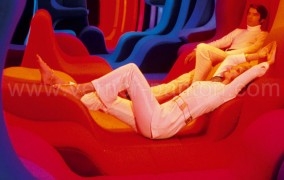 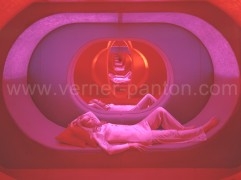 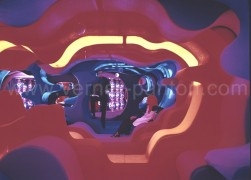 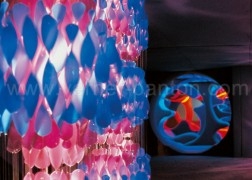 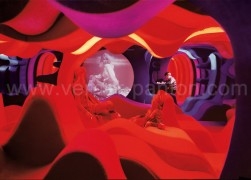 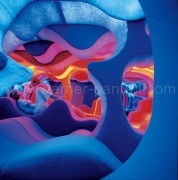 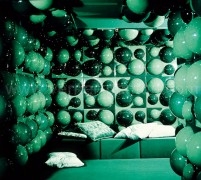 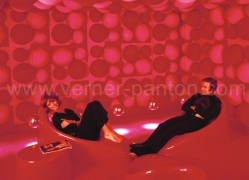 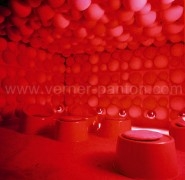 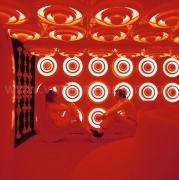 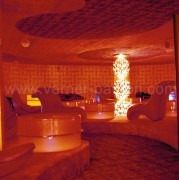 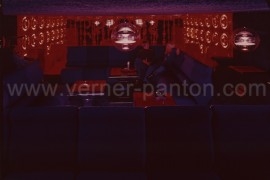 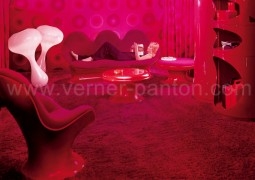 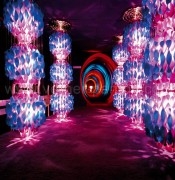 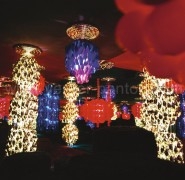 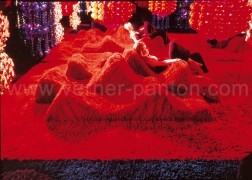 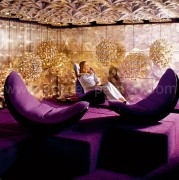 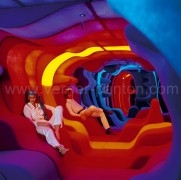 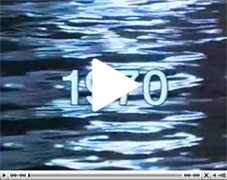 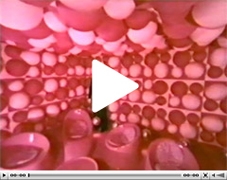 Crosslinks:
Amöben
This low, organically curved armchair was originally designed by Panton in two variants for the Visiona II exhibition. A plastic...
Cheese
Round tables under which four or six chairs shaped as wedges can be accommodated. The chairs are shaped as hollow...
Ilumesa
The Ilumesa is simultaneously a lamp and side table. It consists of two almost identical cylinder-shaped sections which are
Cloverleaf-sofa
The Clover Leaf sofa is one of the many furniture designs which Panton created as part of the Visiona II exhibition...
Hanging lamps "Spiral-Lampen"
The Spiral lamps can be regarded as a further development of the Fun lamps. Instead of discs made of shell or aluminium...
Hanging lamps "Kugel-Leuchten"