From the end of the Sixties to the mid-Seventies the Bayer chemical corporation hired a Rhine excursion steamer during every Cologne furniture fair and commissioned a well-known designer to transform it into a temporary showroom. The main purpose was the promotion of various synthetics used in home furnishings. Bayer's Dralon synthetic fibre and its applications in the field of home textiles played a prominent part in the exhibition. As a result the showroom was initially called the 'Dralon ship', until at Panton's suggestion it came to be known from 1969 as 'Visiona'. Panton, who was commissioned to design the ship in 1968, found ways from the very beginning to get round any excessive restriction to the field of textiles. By integrating furniture and lighting in his presentation he created atmospherically dense spaces in which colour and light played a dominant role. As early as the Visiona 0 exhibition Panton created experimental interior landscapes in which he was able to freely implement and demonstrate his design ideas, which were often interpreted as utopian. As a result the 'Dralon ship' caused a sensation among visitors well beyond narrow specialist circles. 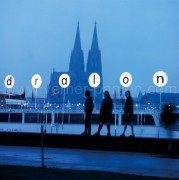 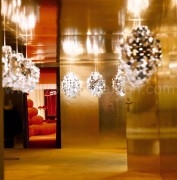 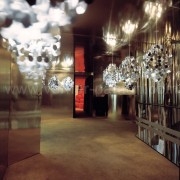 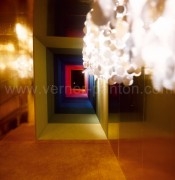 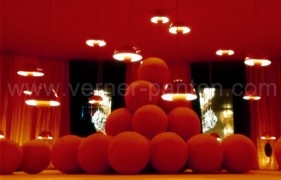 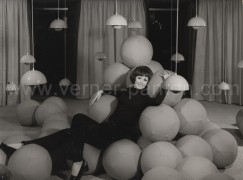 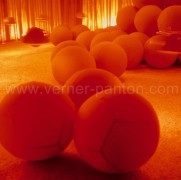 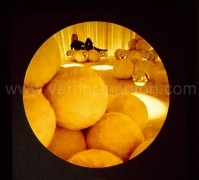 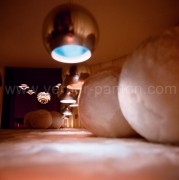 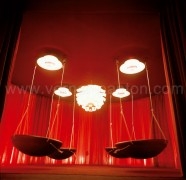 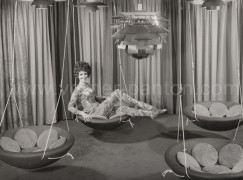 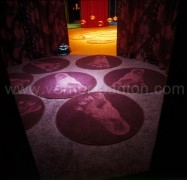 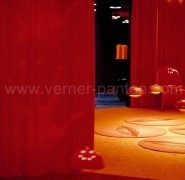 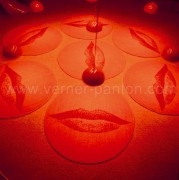 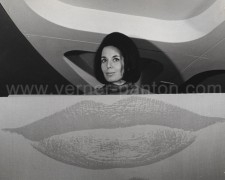 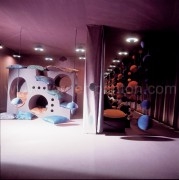 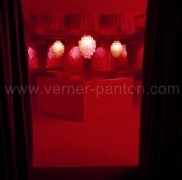 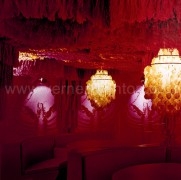 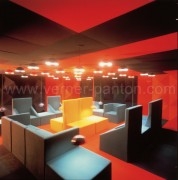 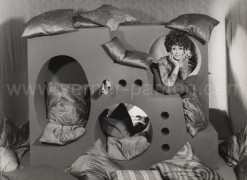 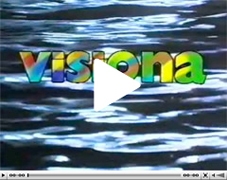