The Spion (spy) lamp consists of a circular base plate of aluminium sheeting which is partly polished, partly lacquered red and is mounted on the wall or ceiling. At the centre of the plate there is a fitting for the bulb and a hemispherical reflector which hides it. A hemispherical, reflecting plastic dome which is the same size as the base plate completes the design. The Spion is only noticeable as a lamp when switched on, because only then does the mirrored plastic dome provide a glimpse into its interior. 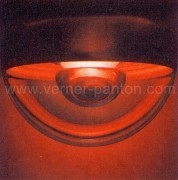 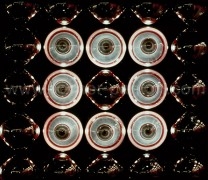 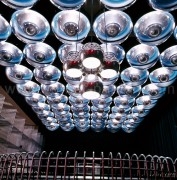 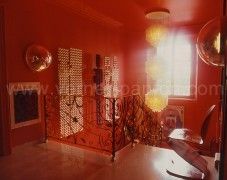