The lamps in the Fun series are composed of translucent round discs which are flexibly connected with one another by small metal rings. Arranged in chains of varying lengths, the discs are either suspended from a metal ring or – in the case of the larger models – a round ceiling plate. Depending on the number and length of the chains of discs, the lamps take different shapes. The bulb is in each case located in the centre. The heat emitted by the bulb creates thermal radiation that creates slight movement among the discs, which act as reflectors. Some models in the Fun series have aluminium discs instead of shell discs. 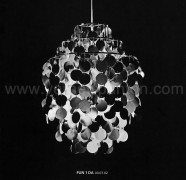 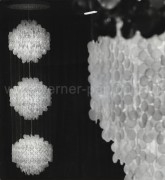 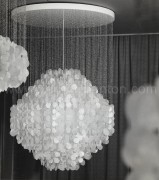 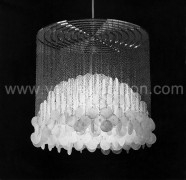 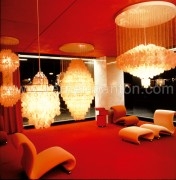 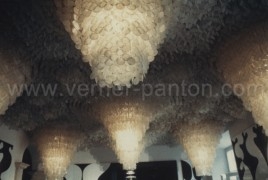 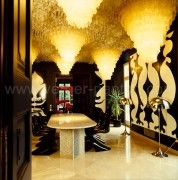