The design of the Kom-igen inn was one of Panton’s first major commissions. The tenant of this popular restaurant in the heart of the Langeso-Park was Panton’s father. Here he had the chance to design the interior as well as a one-floor extension with a roof terrace. Panton used five different shades of red for the interior to give it warmth. The interior design included dark colours while the table linens and the staff clothing were kept in lighter shades of red.

In order to divide the large central room from the restaurant , Verner Panton developed a flexible system made of fabrics with geometrical patterns which –hanging from the ceiling – divided the room into smaller individual units.

For Kom-igen he designed the red-upholstered cone chair which was soon produced by Pluslinje. He also designed the new ceiling lights for the restaurant which are made up of several rings which reflect the light in red. 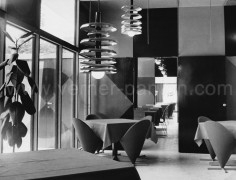 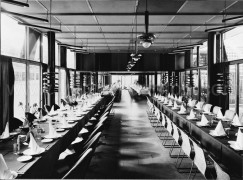 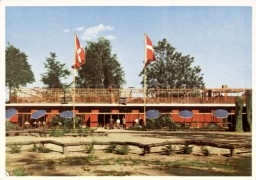 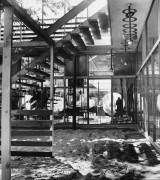 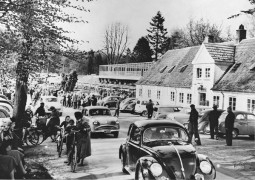 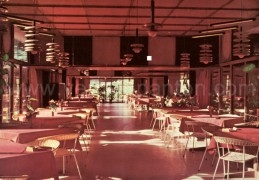