born on 13 February in Brahesborg-Gamtofte on the island of Fünen, Denmark

Verner Panton was born in 1926 as the son of Ellen, née Koch-Hansen († 1990) and Henry Panton (†1967) in the hamlet of Gamtofte on the island of Fünen, where he grew up as the elder of two brothers.
His parents separated when he was ten years old. Panton stayed with his father, who had three more children with his second wife. His father came from a farming family and was an innkeeper. As the tenant of the Kom-igen guest house on the Langeso estate on Fünen he provided Panton with his first major design commission in 1958. 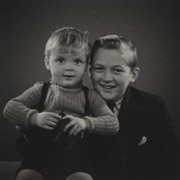 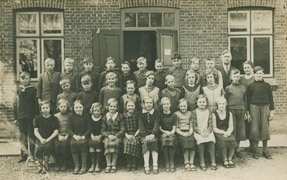